NDC Board of Directors 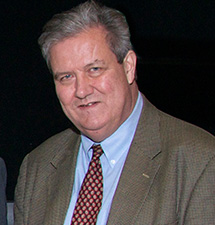 Seth B. Bongartz has been the Executive Director of the Lincoln Family Home at Hildene in Manchester, VT since 2002. Prior to assuming his leadership at Hildene, Bongartz has a varied career as a member of the Vermont House of Representatives and the Vermont State Senate. He previously served as a Director of the Southern Vermont office of the Vermont Natural Resources Council, as a partner in a law firm, and as a Trustee and Chair of BlueCross/Blue Shield of Vermont.

Bongartz has been a member of the NDC Board of Directors since 2007. He is a graduate of Skidmore College in Saratoga Springs, NY where he was awarded a B.A degree in 1977 and was a member of the Academy Honors Society. Bongartz completed law school at Case Western Reserve School of Law in Cleveland, OH, and received his Juris Doctor in 1987. While studying at Case Western, he placed first in the Moot Court Competition. He was admitted to the Vermont Bar in 1988. 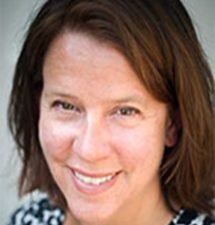 Jamie Blosser is the Executive Director of Santa Fe Art Institute, and a licensed architect working to creatively address equity in the arts and built environment through participatory processes. Her community design work with Ohkay Owingeh over the last 17 years led to revitalization of their historic plaza area, and has been published in several magazines and books, including Architectural Record and the Public Interest Design Practice Guidebook.

Jamie served as a delegate for the UN Habitat III convening in Quito in October 2016. She founded the Sustainable Native Communities Collaborative to support culturally appropriate and sustainable development in American Indian communities, and was the Director of the Santa Fe office of AOS Architects for 10 years. Jamie is Executive Producer of a PBS Natural Heroes documentary, which aired in Spring 2016. She received her Master’s in Architecture from the University of Pennsylvania, and completed a Loeb Fellowship in 2015 at the Harvard Graduate School of Design, focusing on equity, resilience, and effects of global urbanization in rural communities. 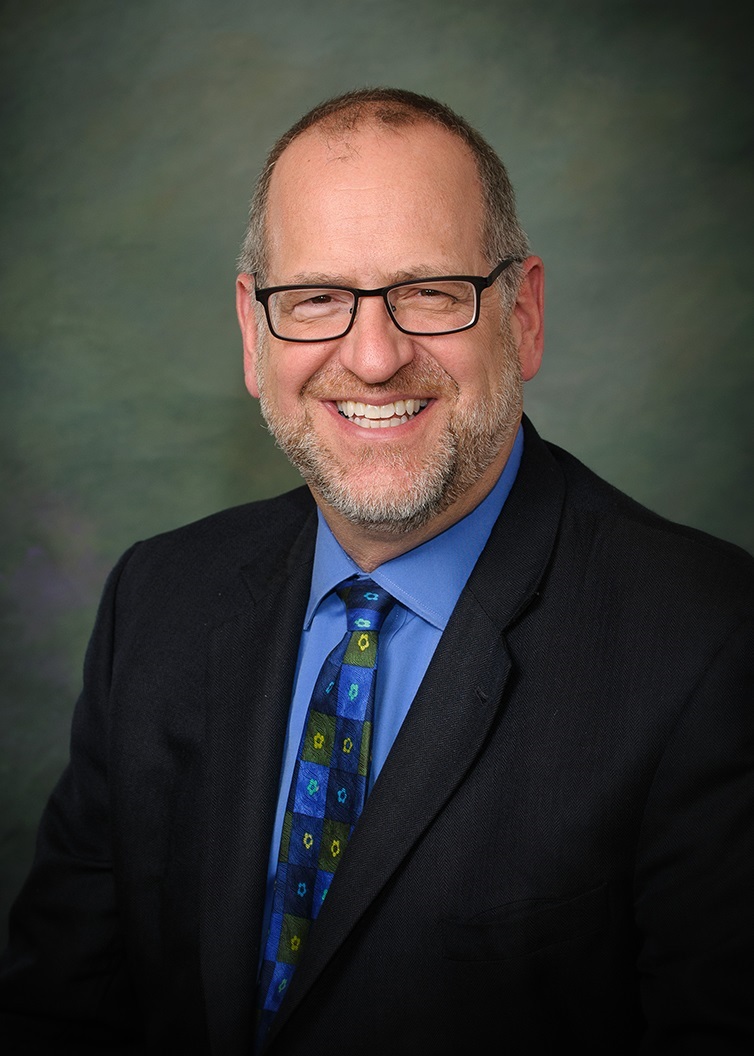 Stuart Comstock-Gay is president and CEO of the Delaware Community Foundation, where he leads the team’s work to improve quality of life in Delaware by empowering and growing philanthropy through knowledge and relationships.
Comstock-Gay has spent his entire career addressing issues of community, democracy and civil rights, both in philanthropy and civil rights work. Before joining the DCF in 2016, he served as president and CEO of the Vermont Community Foundation and spent seven years in various leadership positions at the New Hampshire Charitable Foundation. He previously led the Democracy Program at Demos in New York, the National Voting Rights Institute in Boston, and the Maryland affiliate of the ACLU.
Comstock-Gay also has served as adjunct faculty in nonprofit leadership at Marlboro College, written for numerous national, regional and local newspapers and magazines, been a regular radio commentator, and spoken before hundreds of audiences on a wide range of foundation, democracy, voting rights and civil liberties issues.
He currently serves on the boards of the Mission Investors Exchange, PACE: Philanthropy Active for Civic Engagement, and CFLeads, as well as the United Way of Delaware, Wilmington Alliance, and Rodel Foundation of Delaware. Stuart holds a master’s degree in public administration from Harvard’s Kennedy School of Government and a bachelor’s degree in political science from Bucknell University. 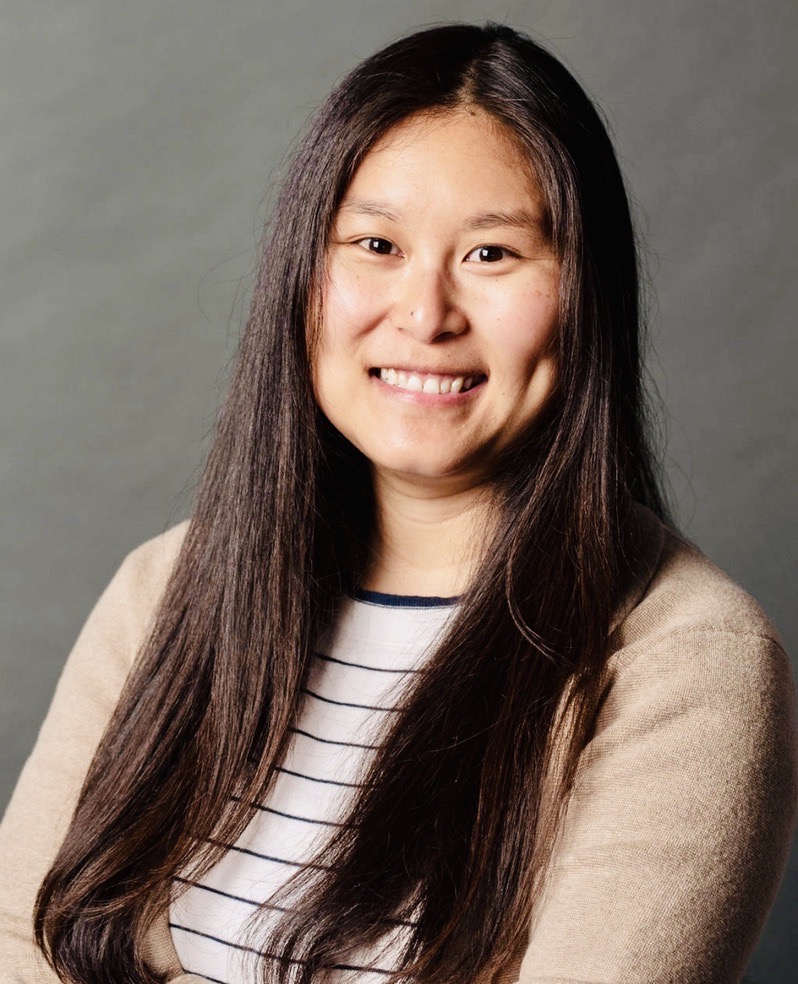 Jessica Costello currently serves as a senior administrator at The Woods Hole Oceanographic Institute in Cape Cod, Massachusetts, where she focuses on grant proposal writing, budgets, and project management for the Geology and Geophysics department.

Prior to her 2020 move to New England, Jessica was a dedicated public servant, holding various roles in politics since 2007. She began her political career working on Obama’s historic 2008 presidential campaign, which led to a staff position in the West Wing once he was elected. From there, Jessica moved to Hawaii and worked for Senator Daniel Inouye’s office until his passing in 2012. After serving for a short time as a legislative aide for the Senate Committee on the Environment and Public Works in DC, she transitioned back to campaign work, and hit the trail serving as a policy advisor on several senatorial campaigns over the years, including for Pennsylvania Senator Bob Casey, West Virginia Senator Joe Manchin, and Tennessee Democratic candidate Phil Bredesen. Her campaign work culminated in her most recent role serving on Joe Biden’s 2020 presidential campaign.

Jessica earned two B.A.’s from The University of Tennessee, and completed a dual-Master’s Degree program at The University of Texas. In 2018 she received her Project Management Professional (PMP) certification, and in 2020 became a licensed realtor in the state of Massachusetts. 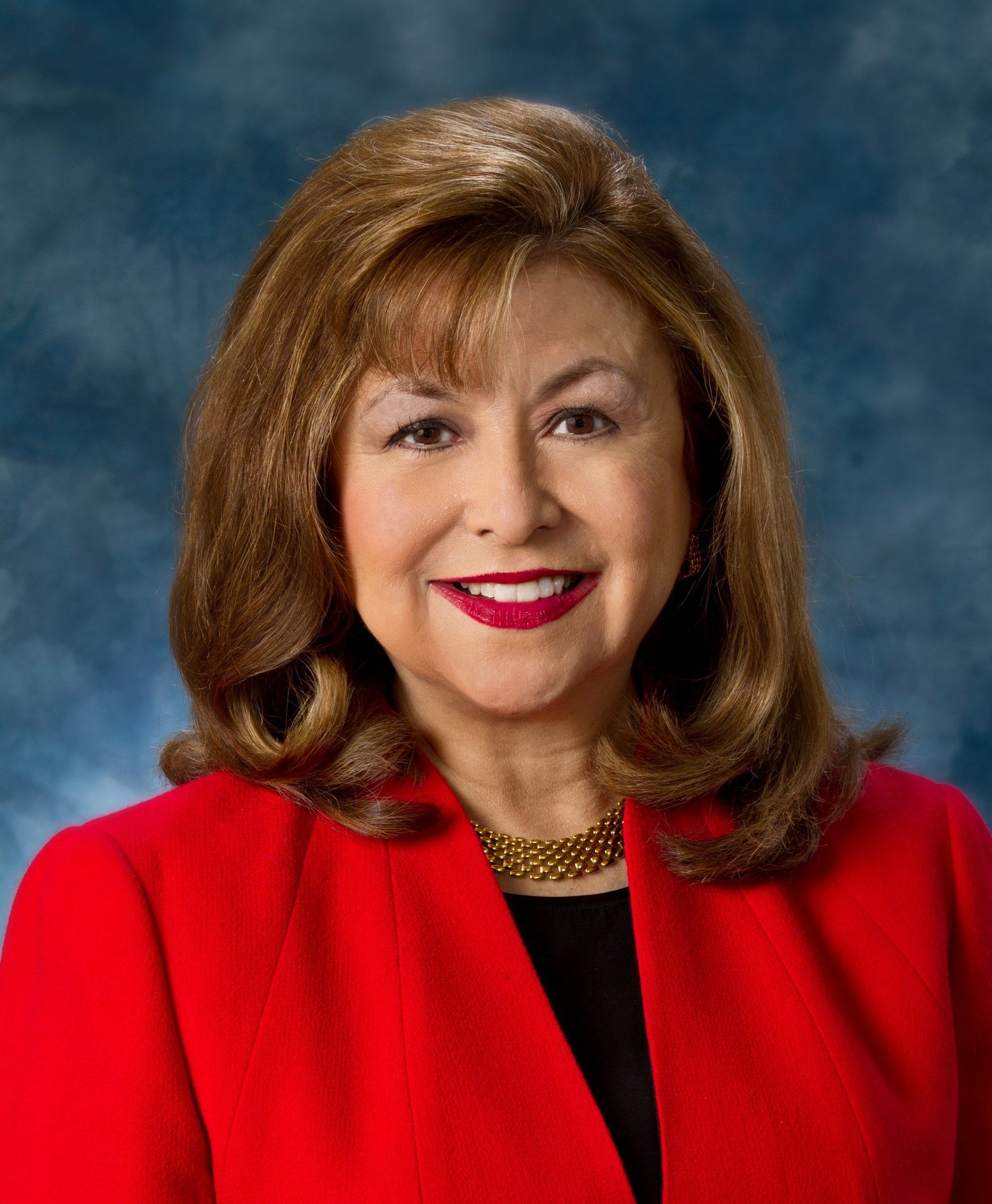 Regina Montoya is the CEO and Chairperson of Regina T. Montoya, PLLC. She is a Harvard-trained attorney who was one of the first Latinas to earn partnership in a major corporate law firm in the U.S. In 1993, Ms. Montoya served in the White House as an Assistant to the President and Director of the Office of Intergovernmental Affairs, where she was the highest-ranking Hispanic in the White House. In 1998, she was nominated by the President to serve as a U.S. Representative to the 53rd Session of the General Assembly of the United Nations. Over the last several years, Ms. Montoya’s unique experiences have been tapped by many to shape and influence public policy. The former Mayor of Dallas asked her to chair his Task Force on Poverty, and she was recruited to serve as the chief executive officer of the New America Alliance, whose mission is to promote the economic advancement of the American Latino community.
Ms. Montoya is the President and Board member of the Texas Hispanic Policy Foundation. She is a member of the Board of the Mexican American Legal Defense & Educational Fund, Every Texan, the Dallas Arboretum and Botanical Society, Dallas Education Foundation, the League of Women Voters of Dallas, Executive Women of Dallas and the SMU Tate Lecture Series. She serves on the Advisory Boards of Foreign Policy for America, WINGS (Chair) and HHM (formerly Healing Hands Ministries). Ms. Montoya earned her B.A. from Wellesley College, where she is a Trustee Emerita, and her J.D. from Harvard Law School. 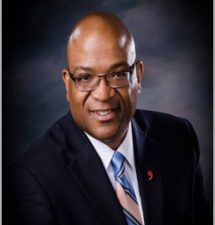 Rev. Dr. Patrick Duggan is the executive director of the Church Building Loan Fund in Cleveland, OH, and has more than 30 years’ experience in bi-vocational ministry, serving the local church while working in the public sector, including education, government, nonprofit organizations and economic and community development. Prior to coming to CB&LF, he led community development initiatives that generated $600 million in investment in the poorest communities on Long Island. He has received numerous awards, including a Smart Growth Award while serving as Deputy of County Executive for Economic Development on Long Island; and Man of the Year from the National Association of Negro Business and Professional Women.

Patrick holds a bachelor’s degree from Harvard University and earned his master’s and his doctorate in ministry from New York Theological Seminary. His doctoral project, “Ground Zero in the Economy of God,” focused on increasing the impact, relevance and influence of the church by deploying church assets for mission. 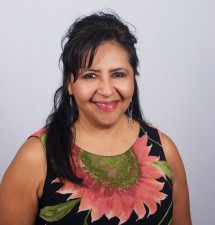 Tomasita Duran currently serves as the Executive Director of The Ohkay Owingeh Housing Authority (OOHA), a designation she has held for over twenty years. OOHA was established in 1987 to provide safe, decent and affordable housing to tribal members living in the Ohkay Owingeh Pueblo.

Under Duran’s leadership the Tribe has raised over $31 Million to strengthen the Ohkay Owingeh Community and Culture, through the creation and preservation of affordable housing. Additionally, Duran represents OOHA in all matters concerning public relations, including meetings with Tribal Council Officials, Federal Agencies and Funding Institutions. Duran heads the HUD sponsored Mutual Help Homeownership Opportunity Program for the Ohkay Owingeh Tribe, which assists low-income Indian families in purchasing a home. 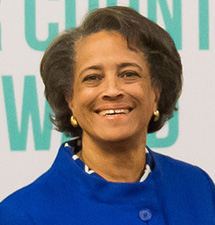 Hudson left the corporate world to purchase a franchise and manage a small business for eight years. She then turned her attention to the mission and activities of the Urban League. Hudson initially served the Madison County (IL) Urban League’s Board of Directors with responsibility for fund management. Never one to fear responsibility and major initiatives, Hudson later stepped down from the Board and became the Urban League’s President and CEO. Hudson’s leadership over a decade resulted in numerous successful accomplishments and greater financial stability of the organization. During this tenure she earned certification in Fund Raising Management (CFRM) from Indiana University/Purdue University in Indianapolis, IN.

Hudson’s passion has always been and continues to be in the area of community engagement. Inspired by her parents who taught her that education is the key to improving one’s situation in life, she has advocated for quality public education with the goal of leveraging the future for children, especially those who live in urban environments. Hudson served as an elected member of the Edwardsville (IL) School Board for sixteen years. She was appointed by the Illinois State Board of Education as part of a three person panel with specific responsibility for financial oversight of the East St. Louis public school system. The panel served for ten years.

Hudson’s multi-faceted commitments also include her church, where she serves on the policy making administrative board. She also willingly gives her time and expertise to other local organizations where she serves on the boards of the Alton Memorial Hospital Foundation, the Affordable Housing Development Corporation and the Alton Women’s Home Association (a foundation providing grants to local non-profits). She joined the NDC Board of Directors in 2007 and currently acts as the Board’s Chairperson.

Hudson was awarded a B.A Degree in Liberal Arts and History from Vassar College in Poughkeepsie, NY. While at Vassar, she became intrigued with human rights and through research gained knowledge that guided her realization that social strata fall along color lines in most nations in our Western Hemisphere. It was at that time Hudson’s advocacy in the area of human rights, especially as these rights are affected by gender and racial bias, become a focus of her life and work.

Hudson is the married mother of two adult daughters and grandmother of four grandsons. Following her retirement from the Urban League, she has pursued her creative side. Hudson enjoys creating art, special interests include pastels and water colors, and is involved with a group of local women artists. She is also taking quilting classes and enjoys attending quilt shows across the country where she learns new techniques to improve her skills. Many of her quilts find their way to those in need. For example, Hudson organized a group of quilters at her church who made quilts for families served by mission trips in Appalachia. 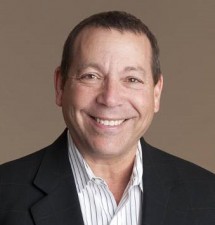 Gary Perlow currently serves as the Founder and President of the Nikki Perlow Foundation, which supports young adults in conquering the disease of drug and alcohol addiction, to help them succeed in long-term recovery.

Before making a full-time commitment to the Nikki Perlow Foundation, for over 32 years, he served as a Co-Regional Managing Partner of the Mid-Atlantic Region at CohnReznick, LLP. Perlow was a Co-Managing Principal of the Baltimore Office and was a member of National Real Estate and Tax Credit Services Practice at Reznick Group, P.C. He also led the Reznick Group’s National New Market Tax Credit (NMTC) Practice Group.

Perlow has experience working with federal, state and local agencies in all areas of real estate, community and economic development and finance, including various tax credit programs, tax exempt bonds, and credit enhancement programs. He is recognized nationwide as an industry leader for the NMTC program. In the program’s early years, he has acted as a sounding board to the CDFI Fund in the development of the NMTC program and assisted the New Markets Tax Credit Coalition with the design of various prototype investment models utilizing the credit for both training and investor presentations.