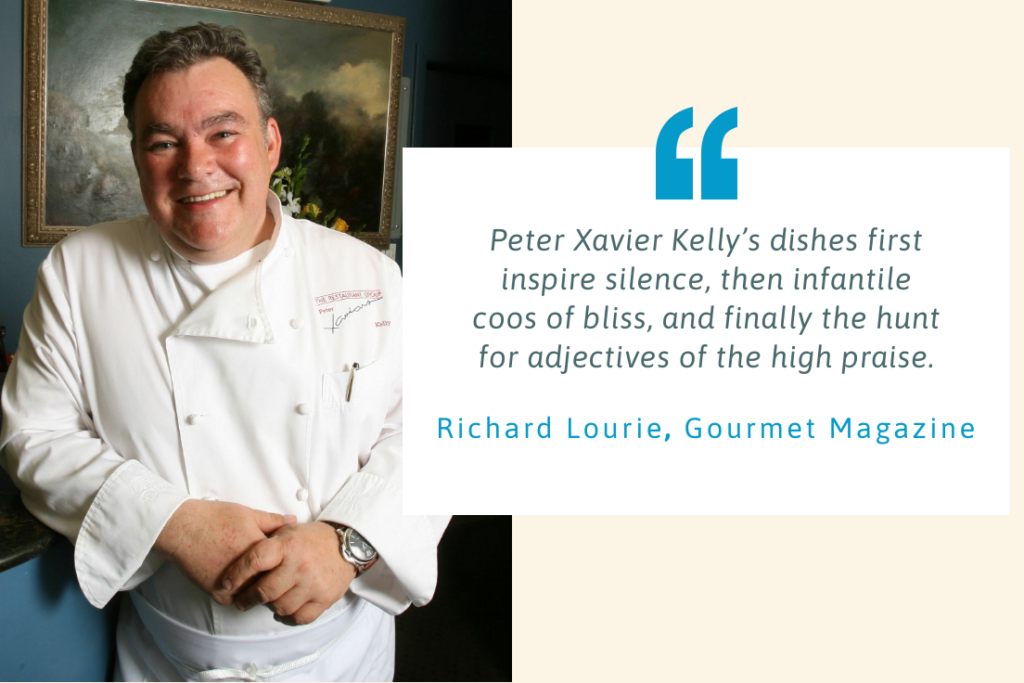 Peter Kelly, one of the most critically acclaimed chefs in the nation, has won yet another competition – this one to be the chef at NDC’s festive 50th anniversary celebration.  Besting 5 other contenders, Kelly was selected to bring his culinary skills to a dinner at the revived movie palace in Brooklyn’s Flatbush, Kings Theater, to help mark NDC’s past accomplishments and begin its next 50 years.

Although he was selected solely on the basis of his record and his dishes, Kelly is especially well-matched with NDC.  First, it is part of his business model at all of this restaurant to support local organizations and non-profits and to reach into the community to fill many of his restaurant jobs – a commitment that echoes NDC’s own mission.

Second, his renowned restaurant, X20 Xavier’s, is the jewel in another NDC project – the beautifully renovated Yonkers Fishing Pier, financed by NDC with New Markets Tax Credits and with additional funding from the City of Yonkers, under the guidance of NDC’s technical assistance services.  The Pier, itself an award winner, includes much-needed public recreation space on the Hudson River in addition the Kelly’s restaurant.

Peter has been invited to cook at The James Beard House, appeared on the Food Channel TV Network, as well as numerous appearances on CBS & NBC. Peter has also been nominated for the prestigious James Beard Award for Best Chef Northeast.

His Iron Chef credentials were earned in 2007, when Kelly appeared on the Food Networks Iron Chef America and beat Bobby Flay in Battle “Cowboy Rib Eye”.  He also played host to Anthony Bourdain on his “No Reservations” program, introducing  Bourdain to the beauty of the Hudson Valley.