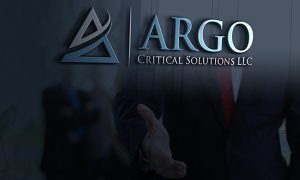 Argo Critical Solutions, LLC (ACS) is an engineering services firm that is owned by principal, Hannibal Fleming. Prior to ACS, Hannibal had an extensive career in engineering and design and worked on data center design and maintenance projects for large institutions such as the Mayo Clinic, Bank of America, Deutsche Bank and many more. He holds a Masters in Electrical Engineering from the New Jersey Institute of Technology and a Bachelors in Electrical Engineering from The Cooper Union. In 2016, Mr. Fleming leveraged his considerable experience and went out on his own to launch ACS. In turn, the company grew rapidly from 2016 into 2017 and has continued to grow through 2018.

ACS continues to incur significant upfront costs on each project that it works and approached Grow America Fund (GAF) so that it could keep pace with this work. Altogether, GAF was able to offer $125,000 in working capital at 6.25% variable over a 10-year period.

In June, the Senate passed H.R. 4743, the Small Business 7(a) Lending Oversight Reform Act of 2018, which follows the passage of the same bill on May 8 in the House of Representatives.

The bill’s passage comes after three years of congressional focus on the 7(a) loan program to further examine how SBA can best manage programmatic oversight as the 7(a) program continues to grow, having reached over 62,000 small businesses with $24.5 billion in loans in FY 2017.

The bill strengthens the SBA’s office of credit risk management; enhances the SBA’s lender oversight review process; requires SBA to details its oversight budget and perform a full annual risk analysis of the program; and clarifies factors that must be considered under the “credit elsewhere” test that lenders perform before applying for 7(a) financing.